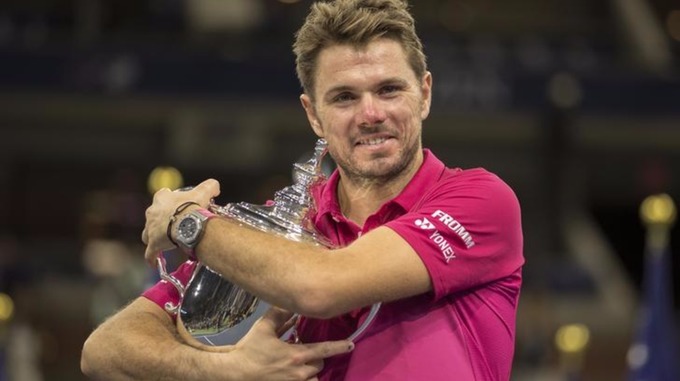 — No more Novak, who can’t shoulder the burden of a bare knuckles brawl with Switzerland’s barrel-chested Bavarian. Sebby has his first serve and power groundies working tonight, and that was certainly a beautiful sight to behold. Look for him to use this upset as fuel for thrashing Daniil “The Heel” in the next round!
— In a match that was largely overlooked, an all grow’sed up Baby Fed moved like a dream in navigating the mine field that is little Alex De Minaur. Grigor looks primed to put up a huge fight for the right to land in this year’s semis. Much credit to his team for getting him into superb shape.
— Tennis’ original, salty Soviet scarecrow, Medvedev, used his superior firepower to subdue qualifier Koepfer, but not without the underdog from Tulane, by way of Germany, keeping this uncomfortably tight for his crankiness from the former Communist Block. Daniil will definitely to clean things up if he hopes to survive Wawrinka in the quarters. And one thing’s for sure, a raucous crowd will be all over him like flies at a late Summer picnic.
— A masterful Fed puts Goffin to sleep in his coffin; who can fault him for trying, but the Belgians belly flops in the mid-to-late rounds of Majors is really becoming tiresome.