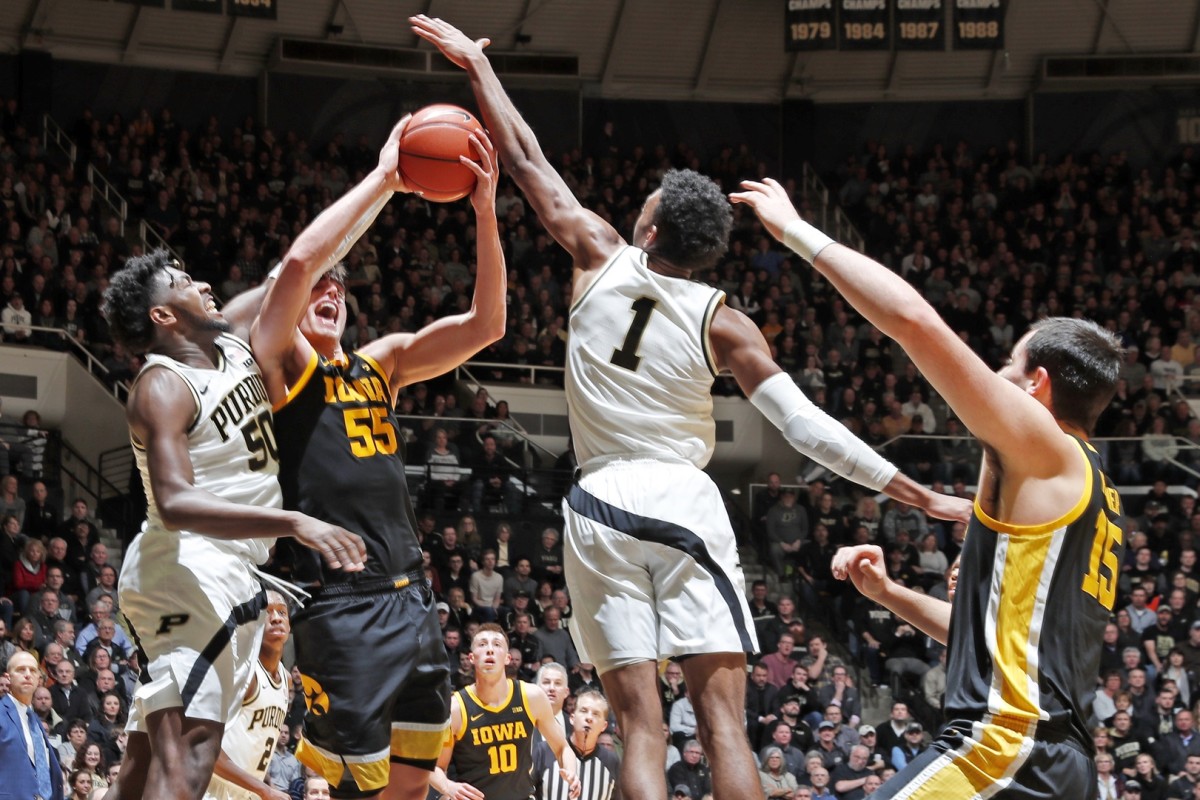 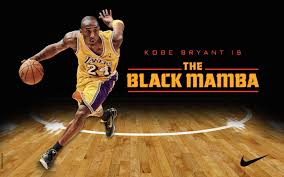 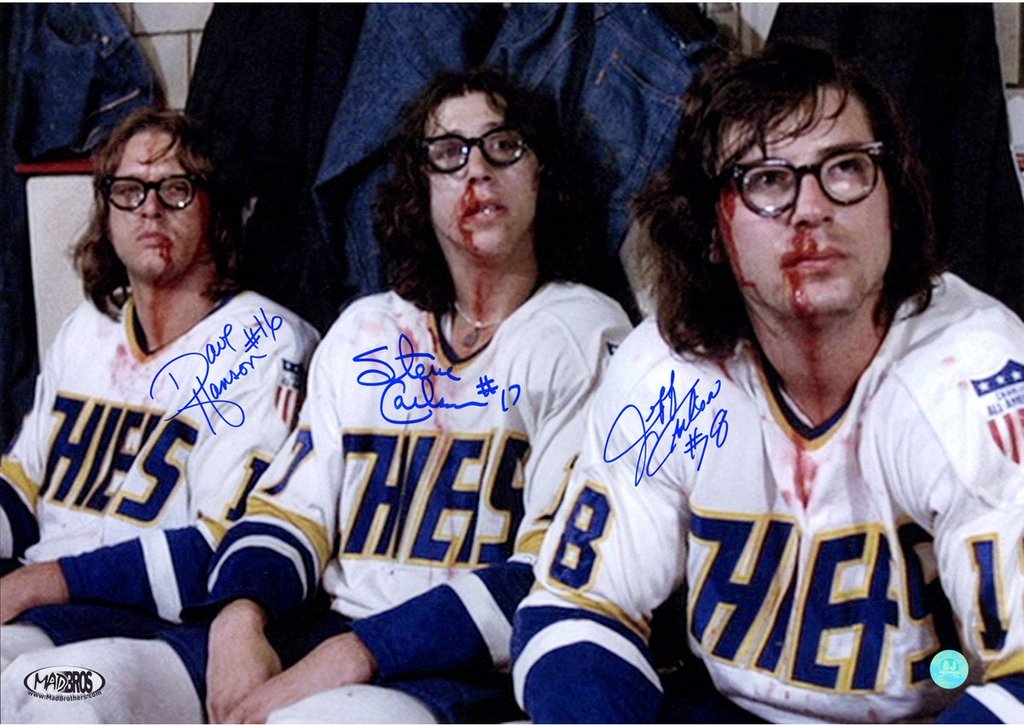 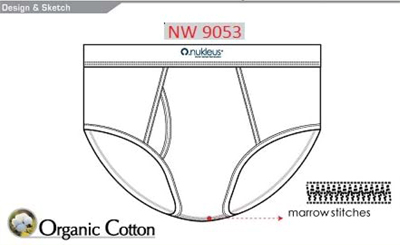 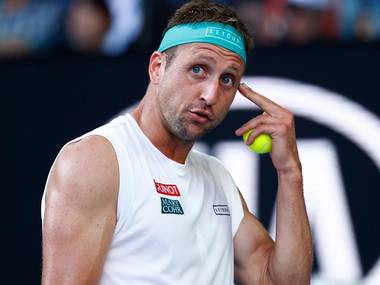 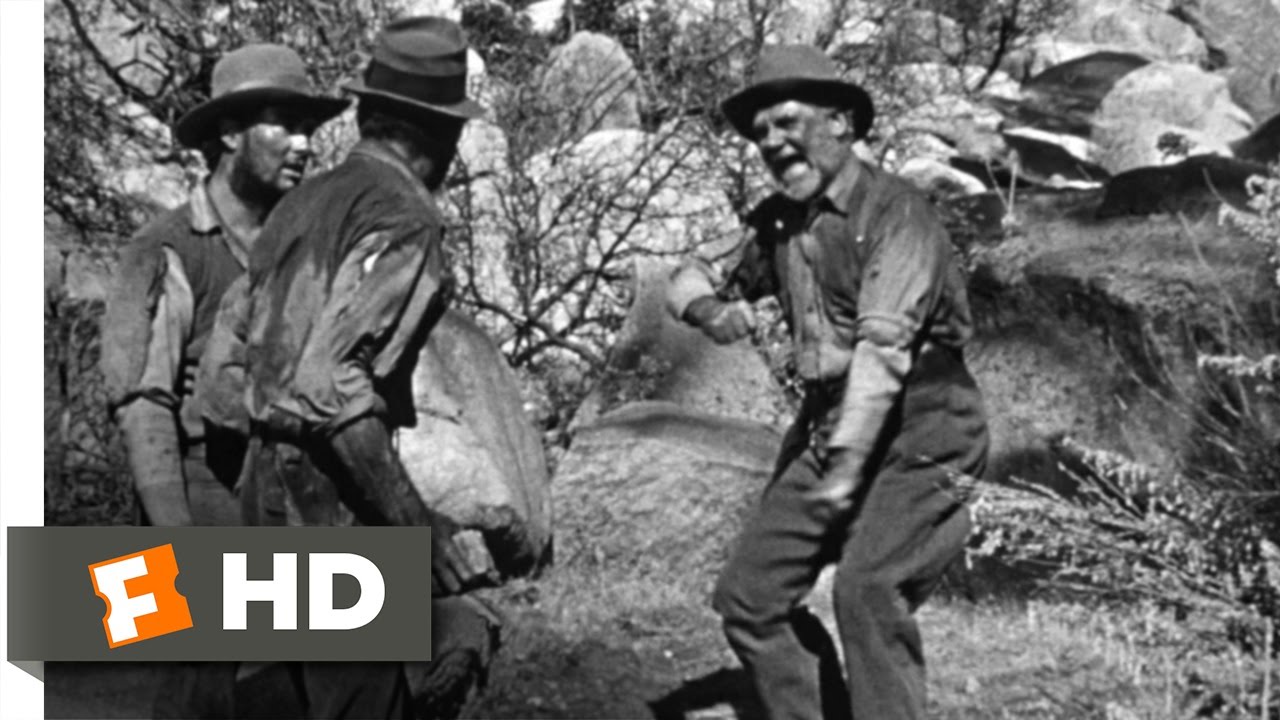 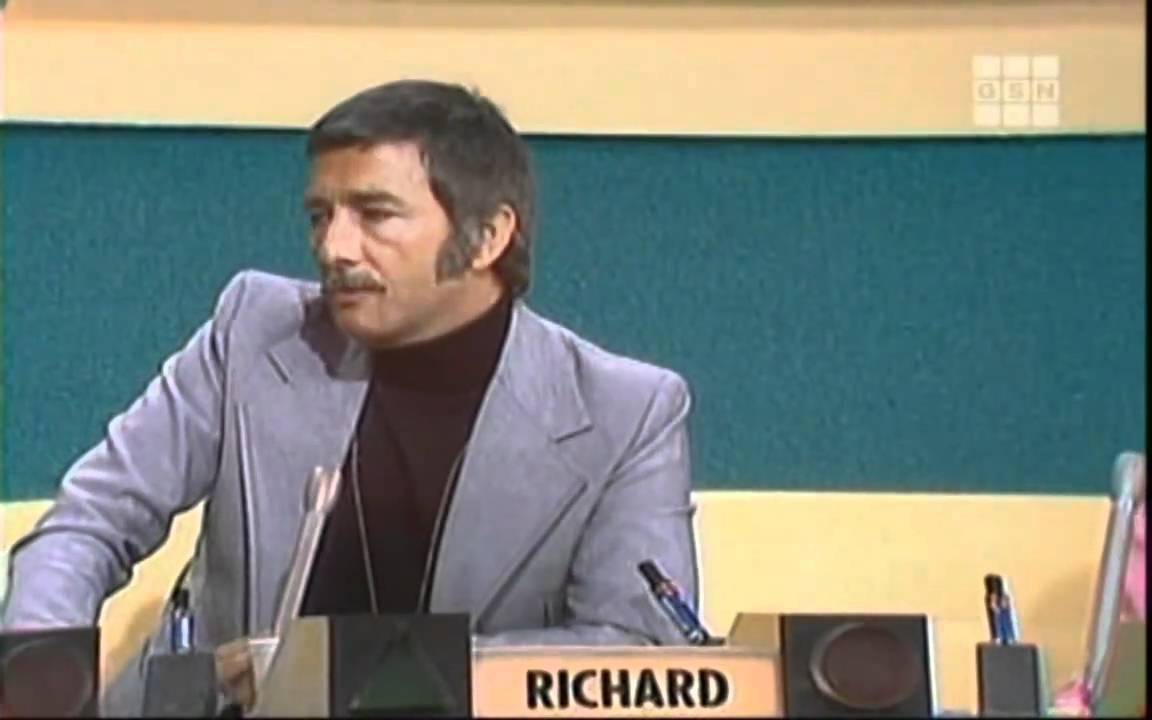 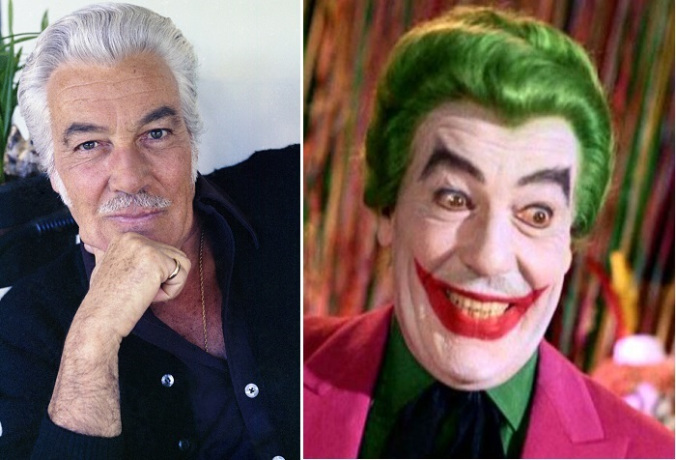 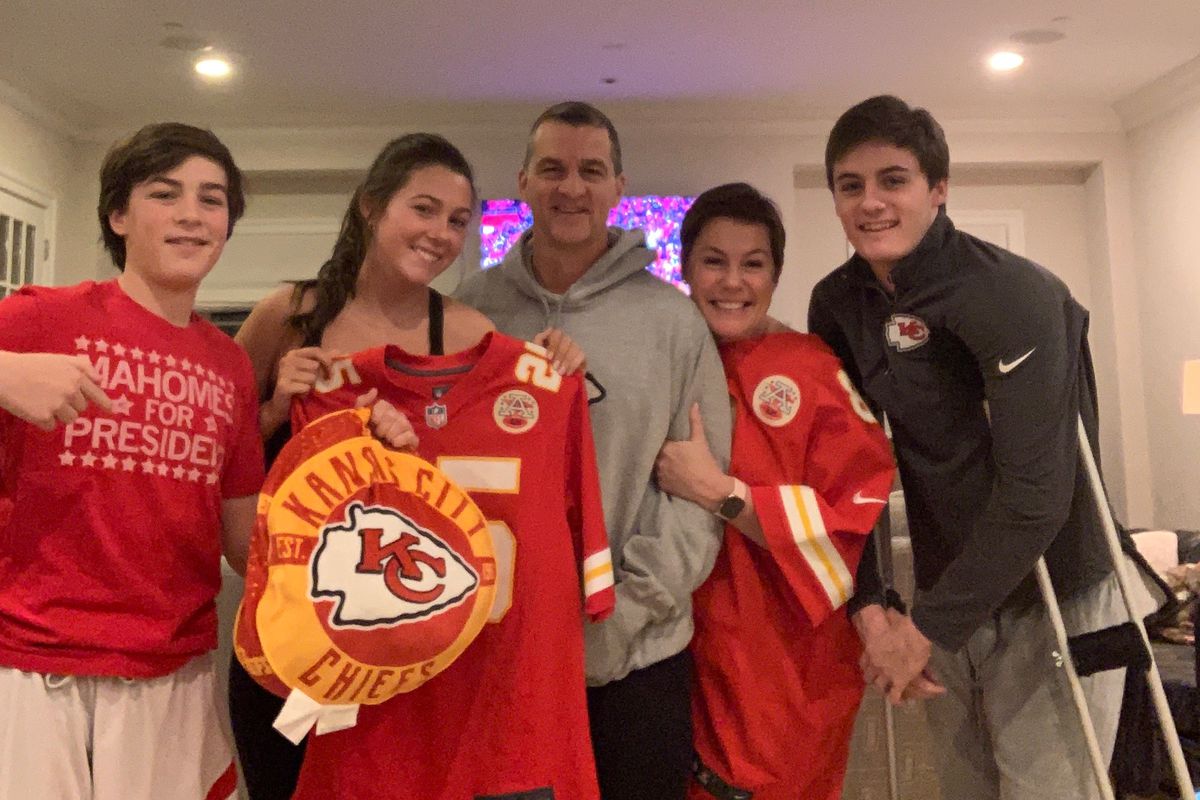 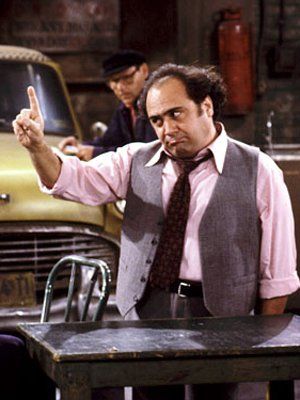 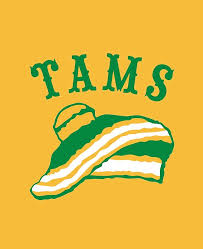 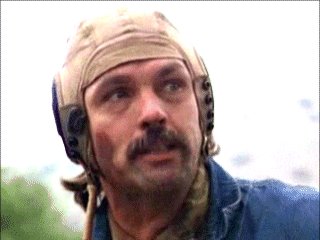 On the “Show With No Name” CDST Show (Part 1):
— Tank calls in with a major beef about his “Go-Dell” computer, which makes his magic ice scraper look like the bargain of the year/this man needs an IT trouble shooter, or perhaps a tech psychologist
— ‘Froing fresh light on Don Imis’ critique of RU Women’s Basketball
— Without any football to watch, it’s time to look in on the rodeo
— Everything you wanted to know but were afriad to ask about the White Man’s Burden
— Socialism = diet Communism?
— Mets hire Louie from Taxi as their new manager … or is it Rojas
— Eric’s advice … just scrub the hard drive (no big deal)
— GGGGGG Gone
— Analyzing the huge stamp on the back of a prominent male tennis player… what exactly did Fabio have in mind?
— Not fake news … the Saturday edition of Impeachment TV got lower ratings than the WNBA game of the week
— Name that Senator from the riveting Nixon hearings
— The latest new bumper sticker for Elizabeth Warren: Strawberry Fields Forever
— Hey Well-read … who’s Bootlejudge? Is he related to Beetlejuice?
— ChabDog tries to start a fire for moneyman Tommy Steyer
— Frankie Midnight tries ratcheting up interest in a late game run by Nurse Ratchet
— Frank bemoans the fact that revisionist history has been erased from his device’s memory
— Bringing our troubled co-host back to sanity with the ultra smooth tones of Andy Williams doing Burt Bacharach (the voice on loan from god) (“Walk on by”, the “Look of Love”, “Always Something There to Remind Me”)
— All about the latest cigar bar shooting (there was a pre-existing condition involved)
— The low down on why Maryland My Maryland cannot be trusted on the road against a quality (or near quality) team (we smell trouble for Turgeon’s turtles in Bloomerton)
— A play by play color commentary for Match Game … Among other questions that inquiring minds want to know: What is the deal with Rayburn’s obnoxiously long microphone? What was Charles Nelson Reilly’s claim to everlasting fame (give my regards to Broadway)? Has there ever been a better porn stache than Richard Dawson’s? Was that Kid Dynomite wearing a pork pie hat ala Mush Mouth and the Memphis Tams? What happened to fashion sense in the 70’s?
— Uncovering the truth about Cesar Romero … no joke about what the Joker was covering up
— What’s to like about the MD state flag on ChabDog’s Ravens jersey … it’s Steelers colors
— Our preview of the upcoming NBA Finals: Bucks vs. Clippers (that’s Armageddon)
— a contra virus update (time to batten down the hatches)
— Ode to the Williams sisters (Tank sings “Traces of Love” and bidding so long to the sad sacks)
— Sifting through the shrapnel kicked off by “Bombshell”
— Eric please explain how to nicely ask someone to hike their skirt up?
— Reaffirming our collective belief in the Chiefs
— Auditioning for the Regan voiceover in “The Exorcist 3” 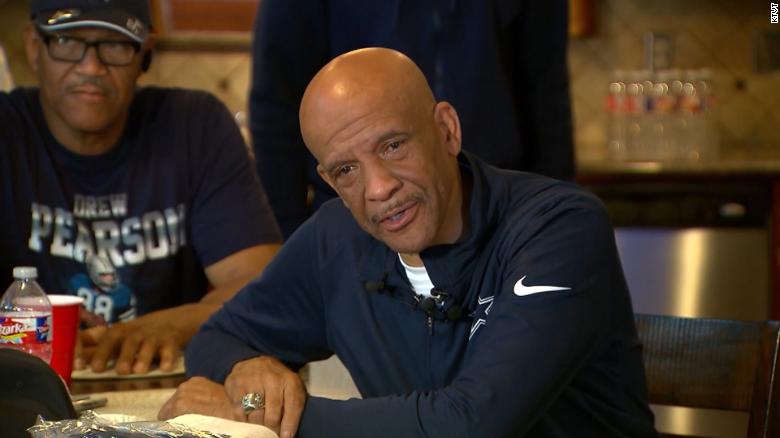 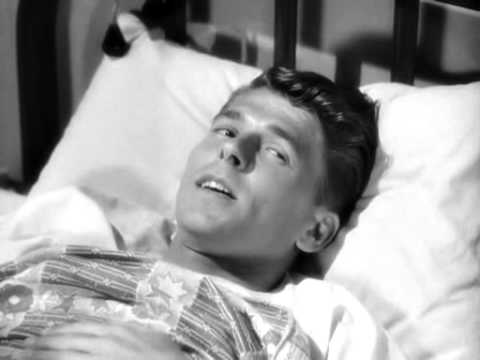 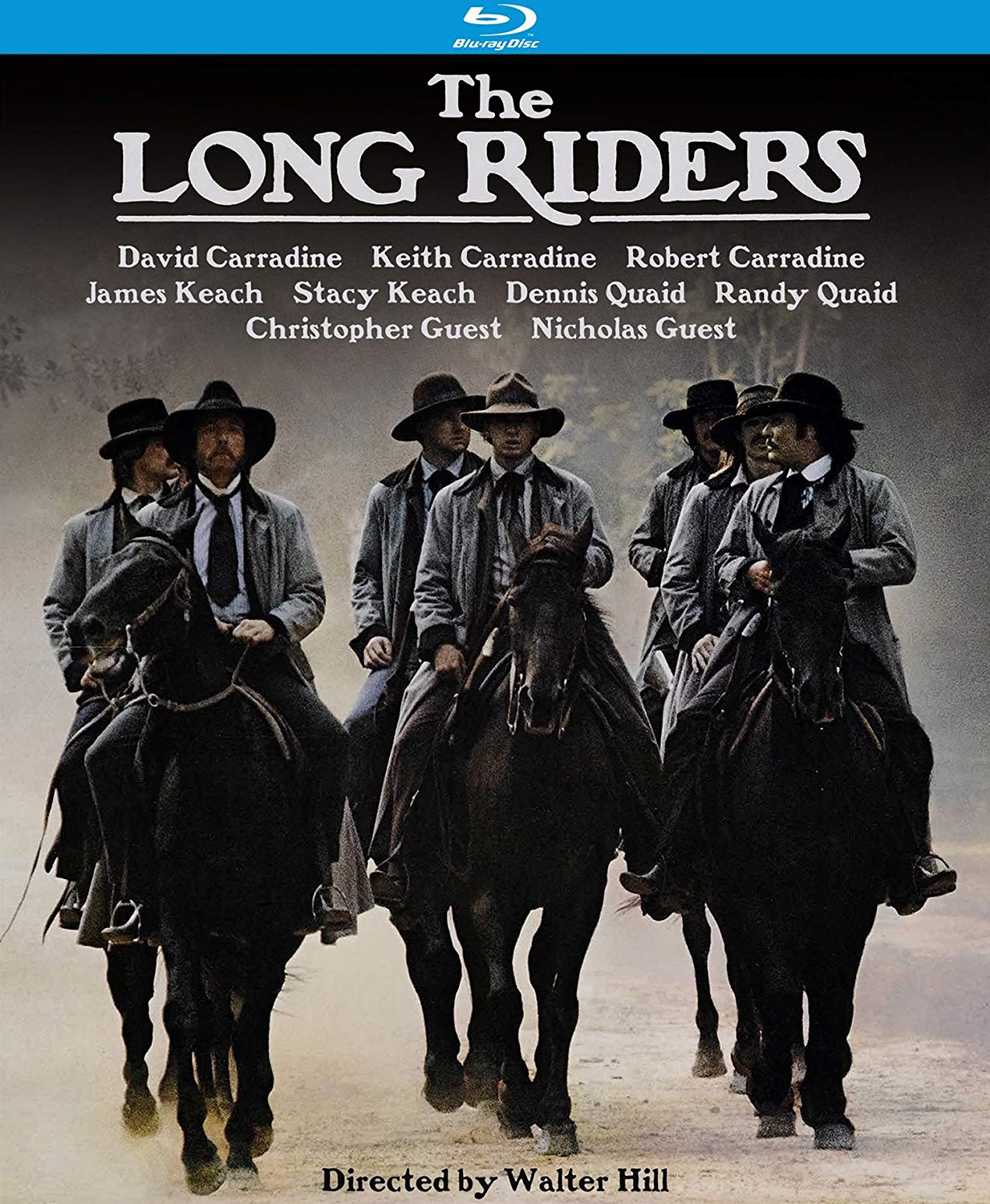 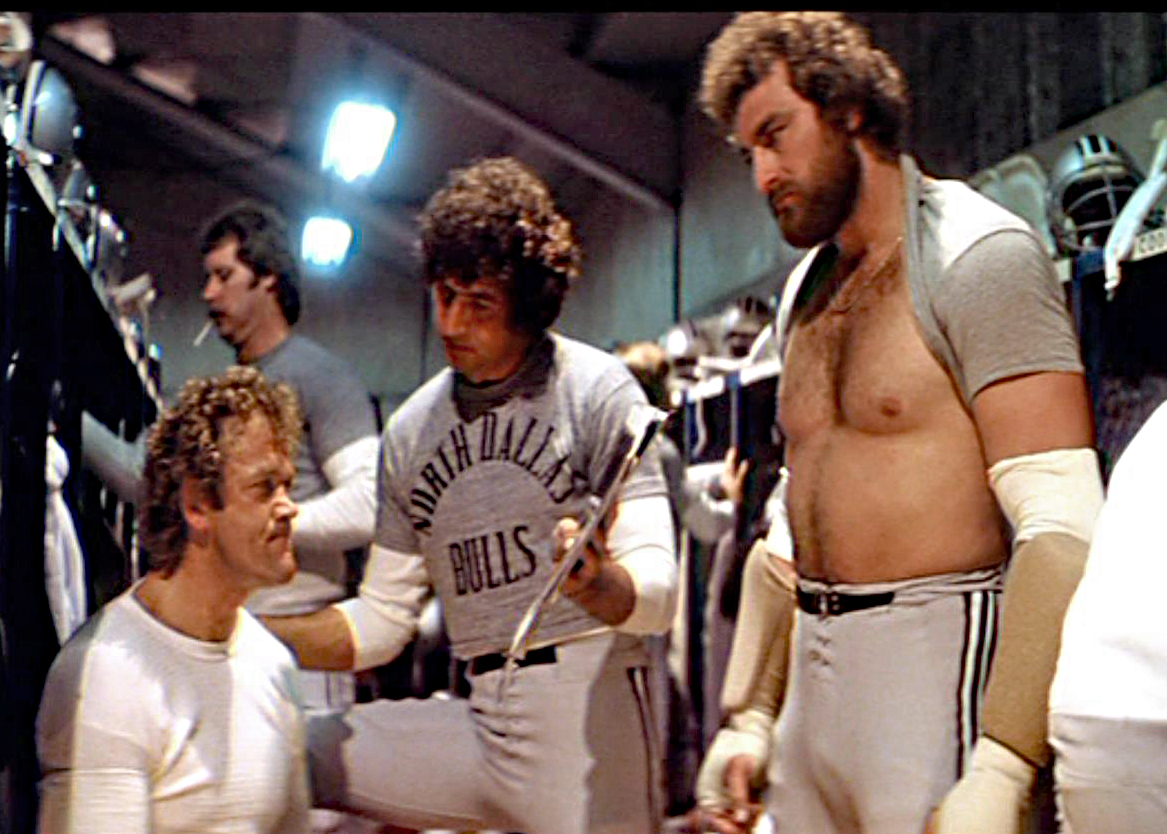 On the Mid-January Affect CDST Show (Part 2):
— Best of the Western trailers is on display as we showcase “The Great Northfield Minnesota Raid” (Cliff Robertson as Cole Younger, with his curious bullet proof vest and Robert Duvall as Jesse James, escaping from the scene of the crime dressed in old lady’s garb), “The Long Riders” (Keach, Carradine, Quaid and Guest brothers) and “The Wild Bunch” (William Holden’s performance as Pike will make you hold your breach, Robert Ryan is the ever captivating lawman on his trail, Warren Oats gets drunk and gets married and Borgnine is, well, Borgnine) …
— We can’t see our way from staying away from Tennessee … looks like our glasses were fogged up (and Andy was doing more on the sidelines than ordering up from the Denny’s menu)
— Eric’s attempt to lecture on the colonization of Australia … despite never having made the trip (boy was my ass sore after going there)
— ChabDog does a mini-handicap of the Aussie Open Men’s field, but is handicapped without his top 32 list (we need more than the picture of Berdych and Queen Ester)
— White men can’t jump … and neither can John Isner, but on his smash down serve, it doesn’t matter.
— Santa is beard boy? And then she saw Jimmy Connors … how exciting … except that it did conjure up images of Cousin Eddie from Vegas Vacation
— Watching pre-game for Chiefs-Titans and admiring all the sharp dressed men
— Nailing the trivial question about non-participants in the NFC Championship game since 1991 (Tank gets it faster than he can eat blueberry pancakes)
— Time to put an APB out for Massachusetts Maaahk? He needs to show up for his job interview in Vegas, where he’ll be lifting as a bouncer and Ubering/Lyfting as a driver.
— No Andy Reid isn’t losing weight; he’s just dressed in black.
— Troy P. is definitely head and shoulders ahead of his competition for the Hall.
— An extended discussion of Plunkett vs. Eli for enshrinement at Canton. Going back in time to remember the Just Win Baby Raiders of the mid-70s to mid-80’s (The Tuz = O.W. Matthews from North Dallas Forty/Lester the Molester/Snake/Mark Moving Van Eeghen/Cliff “Speed Kills” Branch/Jack Tatum/Mann and Guy as kicker and punter)/Todd “Renaissance Man” Christensen
— Frank joins the fray and makes impassioned bids for voting in Coach Flores and Drew Pearson
— And would somebody please explain how Gastineau did not get in … let alone Klecko
— Diagramming an Italian Dog (pizza bread, potatoes and doggies, with very optional ketchup) (got to eat them in New York, because that’s where they have the good water)
— All about the infamous no-show watcher for the Bloomfield Ave. water tower in Newark, and how to get a park named after you by doing but living offa the graft
— What’s up with RU b-ball; Scarlet Knights are finally up for the fight, maybe for the first time since ’76
— Big doings in the Big 10
— Don’t even try to give the host grief for the Bruins being in ruins
— Some unforgettable clips with The Gipper
— Saturday Night’s All Right For Fighting … and so is Sunday morning 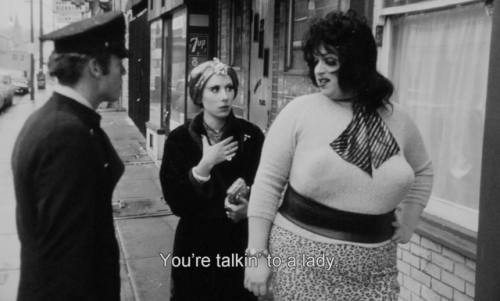 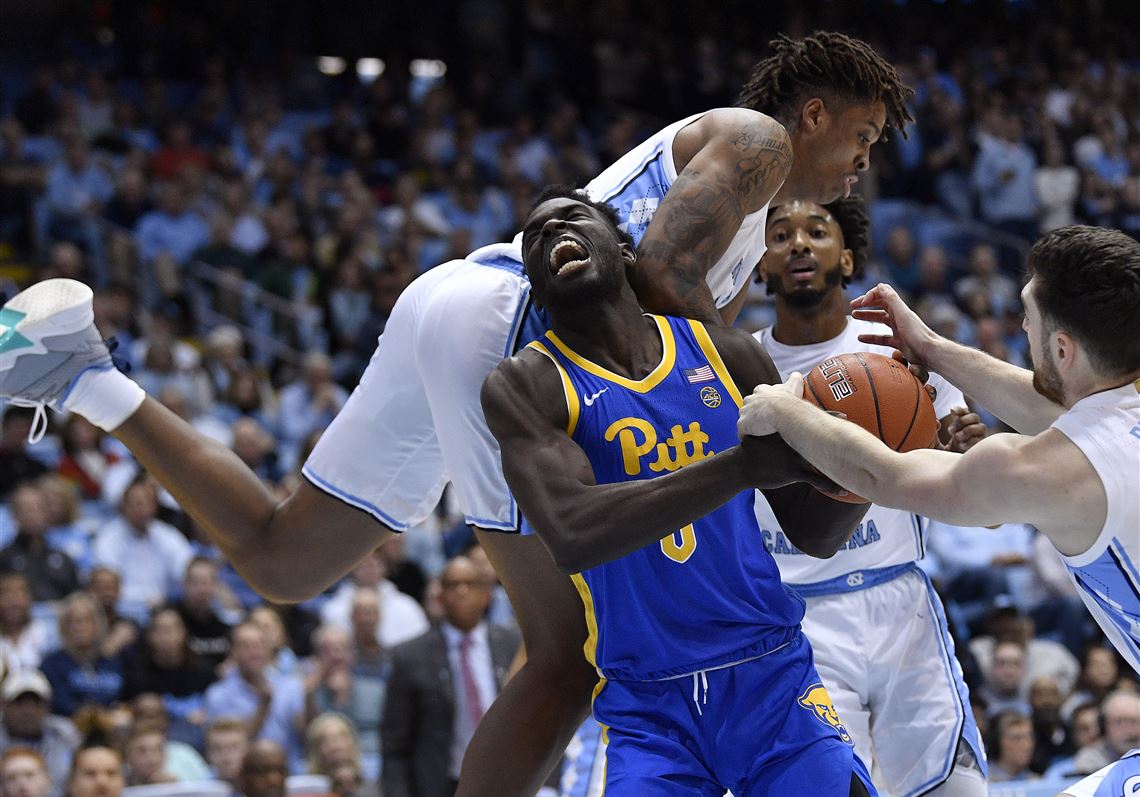 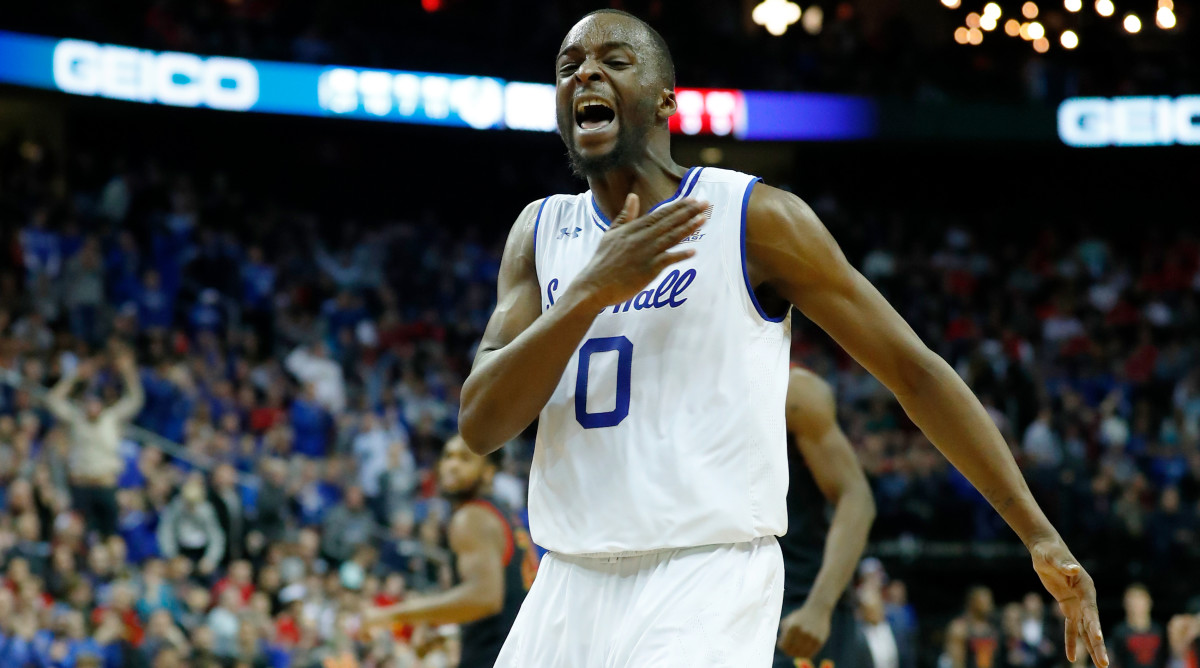 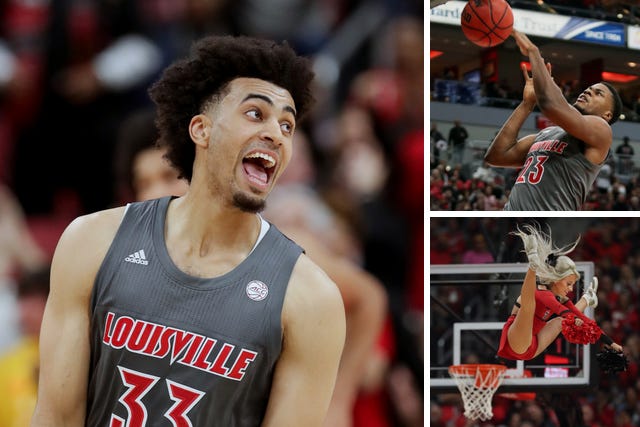 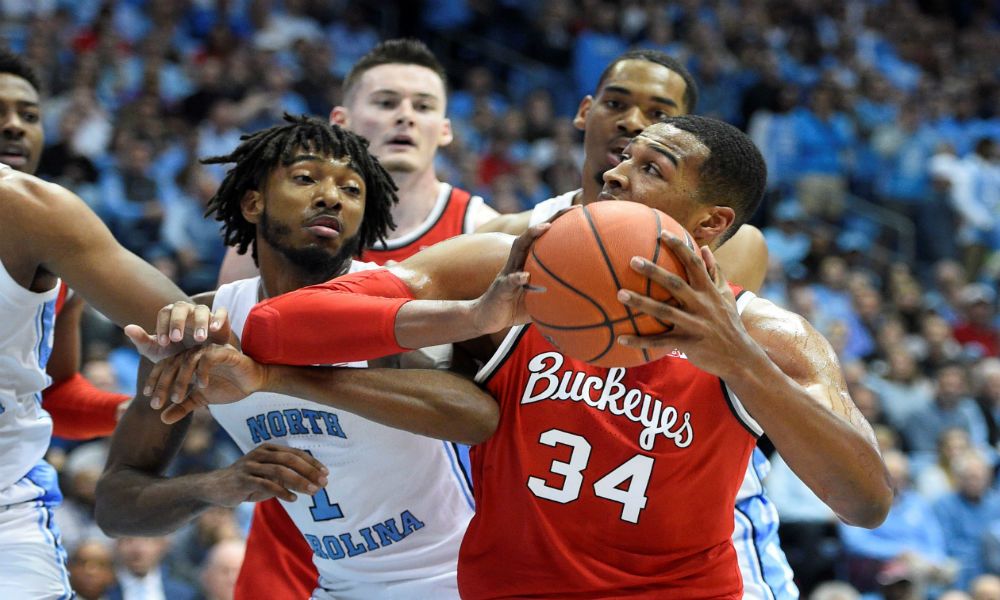 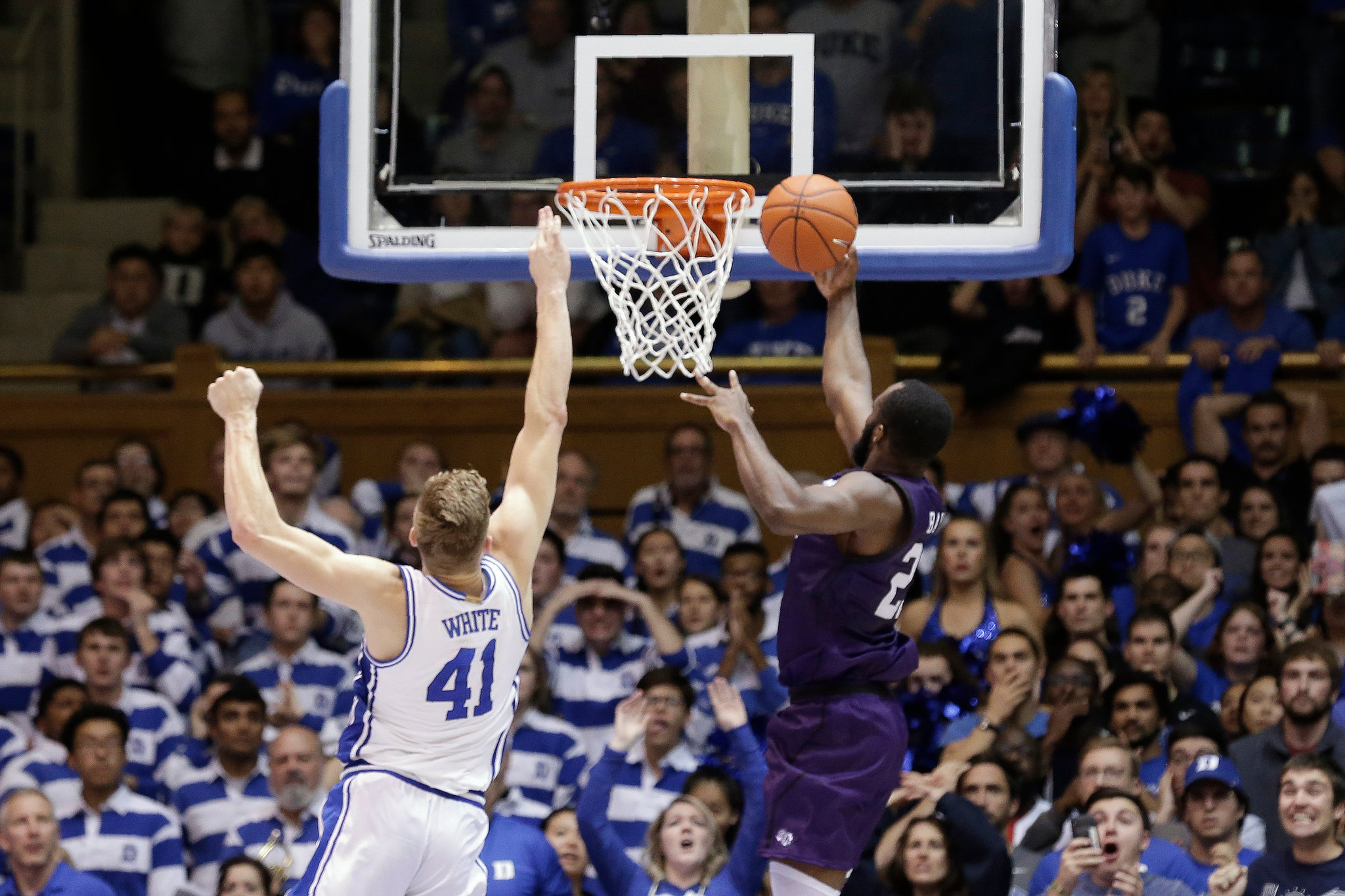 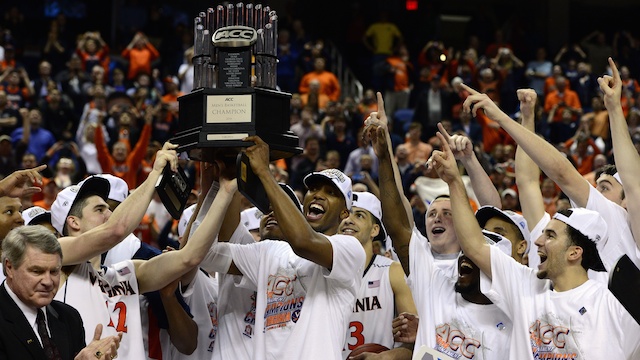 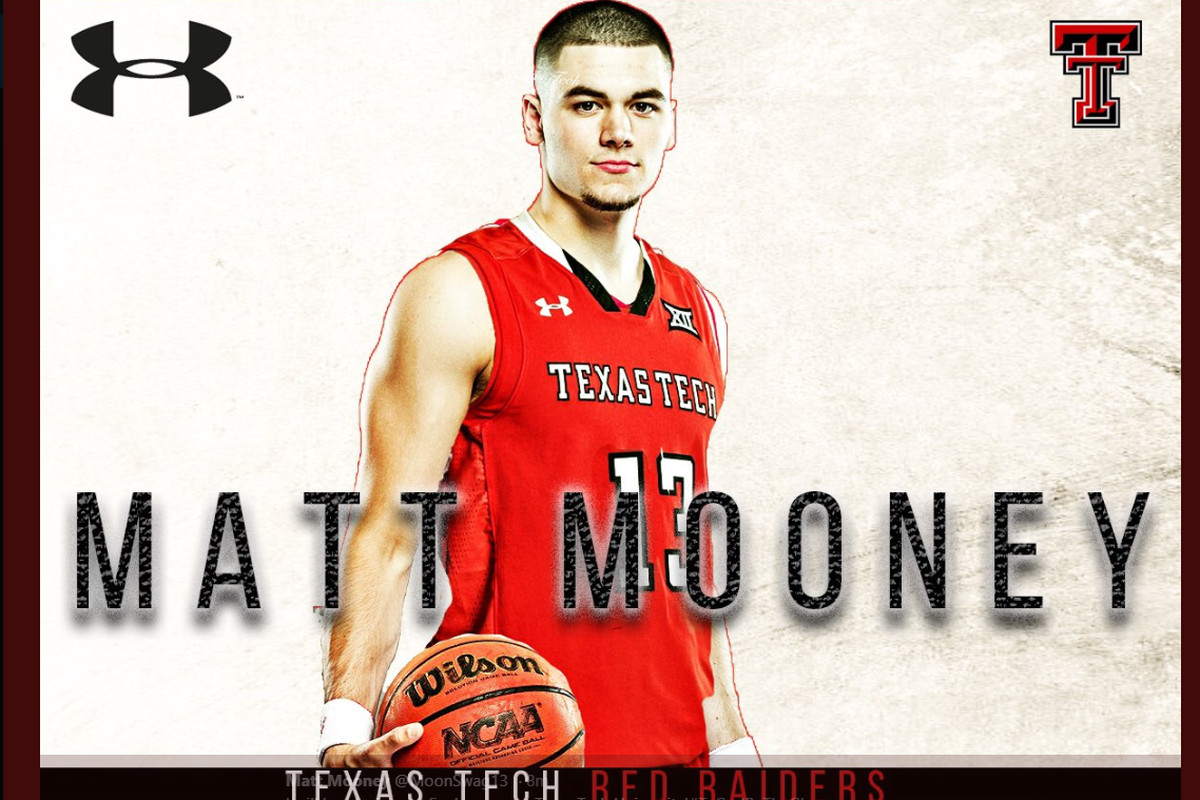 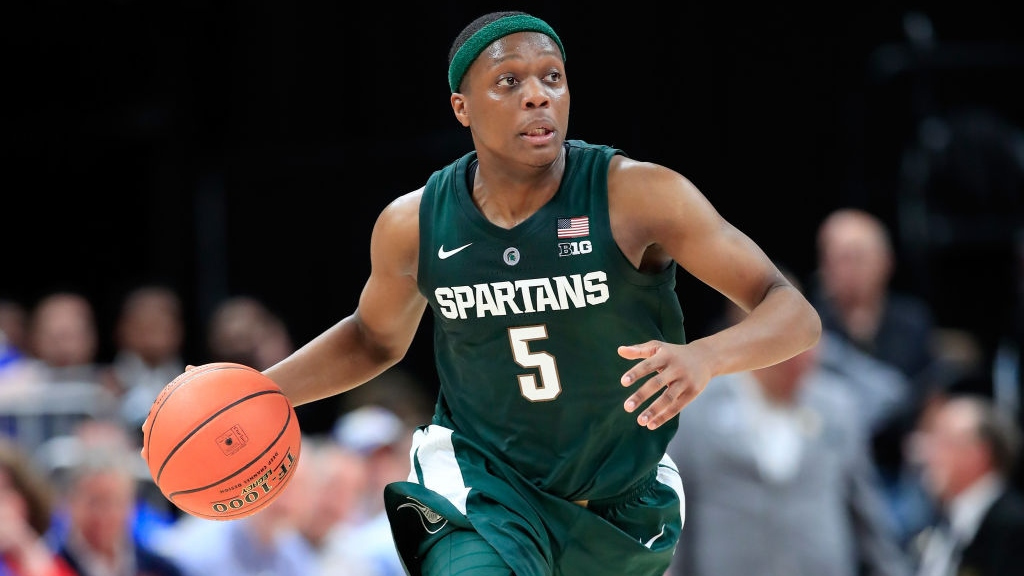