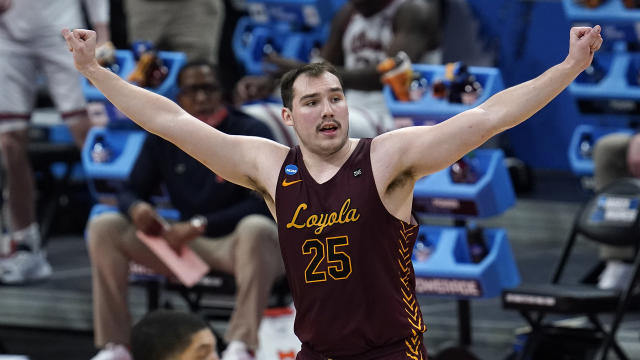 ChabDog’s NCAAM Tourney Summary (Day 3, Round of No Few Than 32):
–More organized and efficient Beavers outclass the Cowboys, who shot from the hip and generally resisted running plays. In the end, the scoreboard does not usually reward chaos, even if you have Cade Cunningham. Besides, the best player on the floor was actually guarding him. Go Beavers, go! #Beavers #Cowboys
–LUC wins going away, and it was anything but luck. Krutwig played real big, and the Ramblers shocked the gamblers with their poise, precision and spectacular execution. As for Illinois, they lost in almost every meaningful statistical category, as well as falling short when it came to the critical intangibles. Plus, they just choked. #FightingIllini #Ramblers
–Better coaching and shot selection, along with the on-court excellence of Buddy B. were the difference in SU’s narrow win over the ever-aggressive but sometimes out-of-control West Va. The bottom line is the Orange slowed the pace just enough to enable the Mountaineers to become their own worst enemies. #Orangemen #Mountaineers
–Mean Green shoot before they think and get roundly vilified by Villanova. #Wildcats #MeanGreen
–Later Gators … you were just to laissez-faire, committing more than your fair share of turnovers, which gave the hot shooting Eagles just the lift they needed to soar for the winning scores. #GoldenEagles #Gators
–Razors survive when Raiders forget how to make a couple of lay ups in the waning moments; Ark had better learn how to finish, or they’ll be stuck in park going into the Sweet Sixteen. #Razorbacks #RedRaiders
–Nothing too fancy from Baylor, other than a rock solid defensive effort and allowing its opponent to make an uncharacteristic parade of unforgivable turnovers and flubs. And as Wisconsin found out, you can’t get away with being so careless, when you’re the less talented club. #Badgers #Bears
–Houston barely escapes with its tournament life against a pumped up Rutgers, which appeared to celebrate just a little too soon. The Scarlet Knights had the Cougars on the ropes, but with the situation got most dire, the No. 2 seed’s best play, Q. Grimes stepped up with a prime time performance. Better luck next year, RU. #ScarletKnights #Cougars