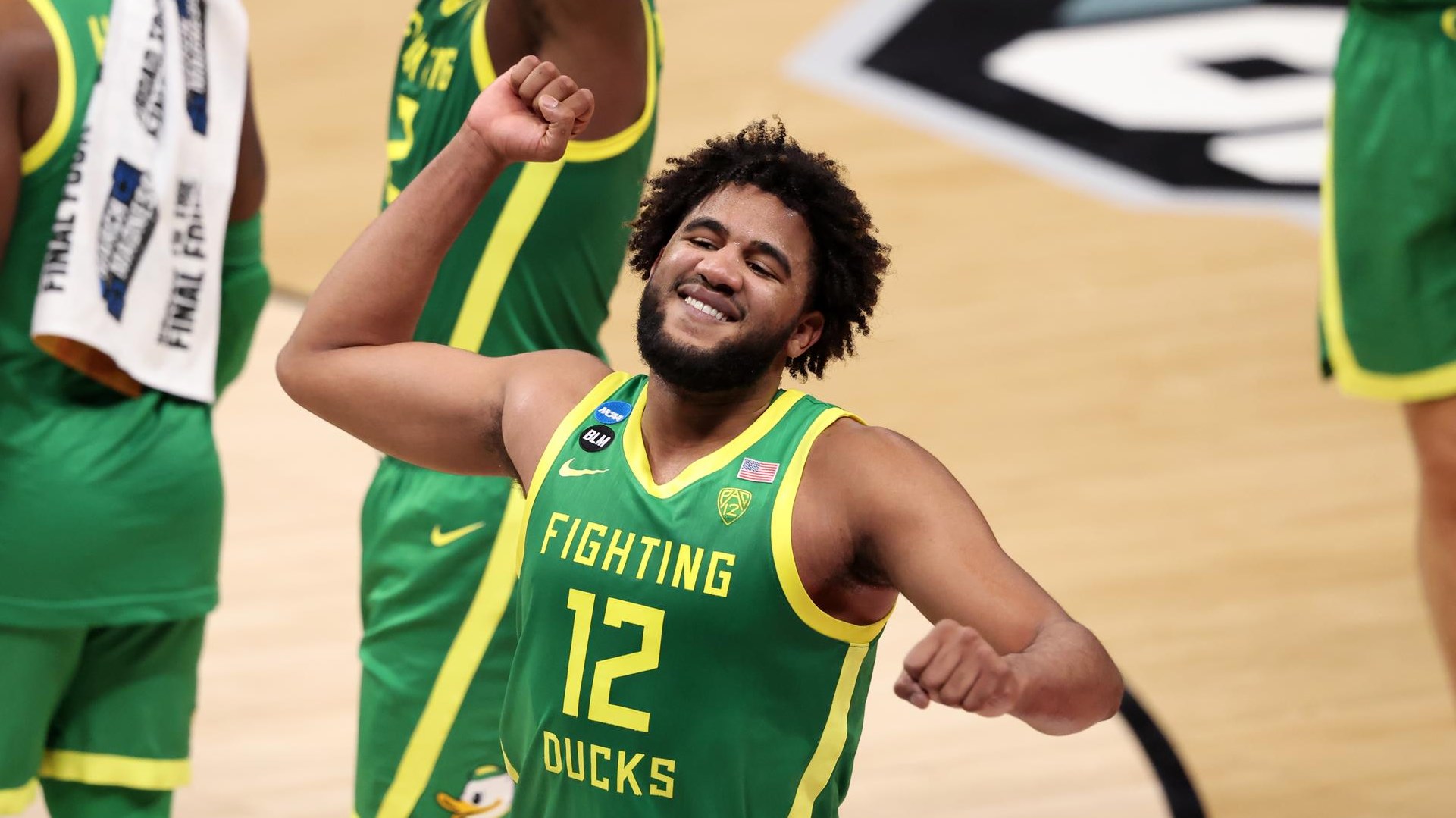 NCAA Tournament Update (Day 4, Round of 32):
–Oregon apparently wasn’t too impressed with Iowa’s No. 2 seed status; Ducks looked fresh, while the Hawkeyes looked cross-eyed and confused. #Ducks #Hawkeyes
–KU wins the turnover battle, but loses practically everything else to USC … and gets KO’d by something like 35. The NCAA needs to flog itself for making this team a 3 seed … but hey, they are slow learners. Kansas looked like its shoes were nailed to the floor, while the Mobley brothers looked quite … mobile. #Trojans #Jayhawks
–Maryland’s Twerps get obliterated on the boards, and if you were hoping for a competitive game, by mid-way through the 2nd half, you were definitely pretty bored. Alabama continues to defy the naysayers and attempt the fabled double championship dip, recently accomplished only by SEC foe Florida. #CrimsonTide #Terrapins
–Buffaloes are fair game for the stalking Seminoles, who dominate on both sides of the ball and move on to face their not so old nemesis… Michigan. Remember a few years ago, Leonard, when you cried no mas with 1 minute left? Here’s your chance for redemption. #Buffaloes #Seminoles
–Michigan wakes up in the nick of time, after Howard drops his mask, throws a hissy fit, and kicks some extra gumption into the backsides of the talented Wolverines. #Tigers #Wolverines
–Blue Jays hover over Bobcats, unleash some spray, and make their way into the very Sweet Sixteen. #Bobcats #BlueJays
–Bruins from the West Coast coast. leaning on Abilene with their superior size and clamping down with solid defense and few turnovers. Now the real fun starts as they plan for No. 1 Alabama. #CrimsonTide #Bruins
–Credit to Gonzaga for wearing the Sooners down to a knub; Oklahoma fouls its way to a large deficit, despite shooting 50% from the field and giving it the old college try. Bulldogs move inexorably toward the Final Four. #Sooners #Bulldogs