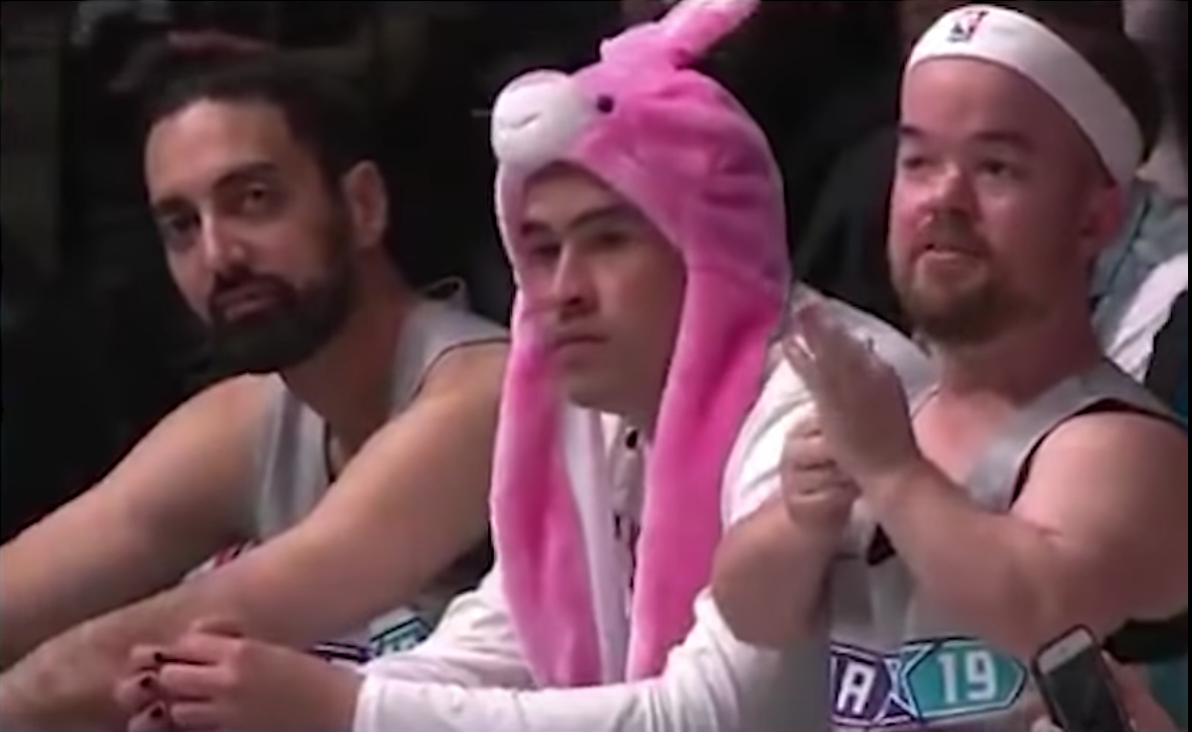 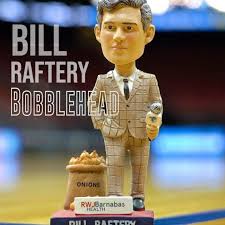 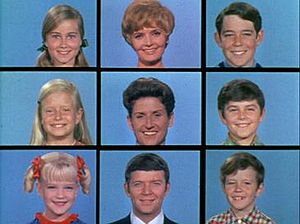 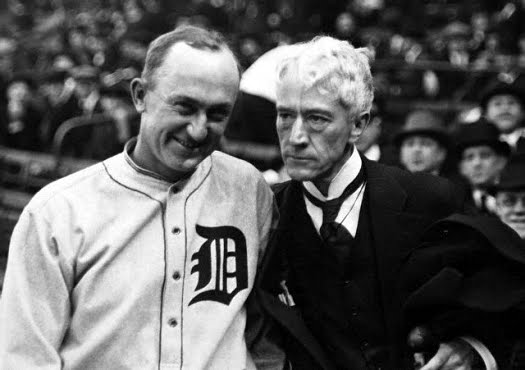 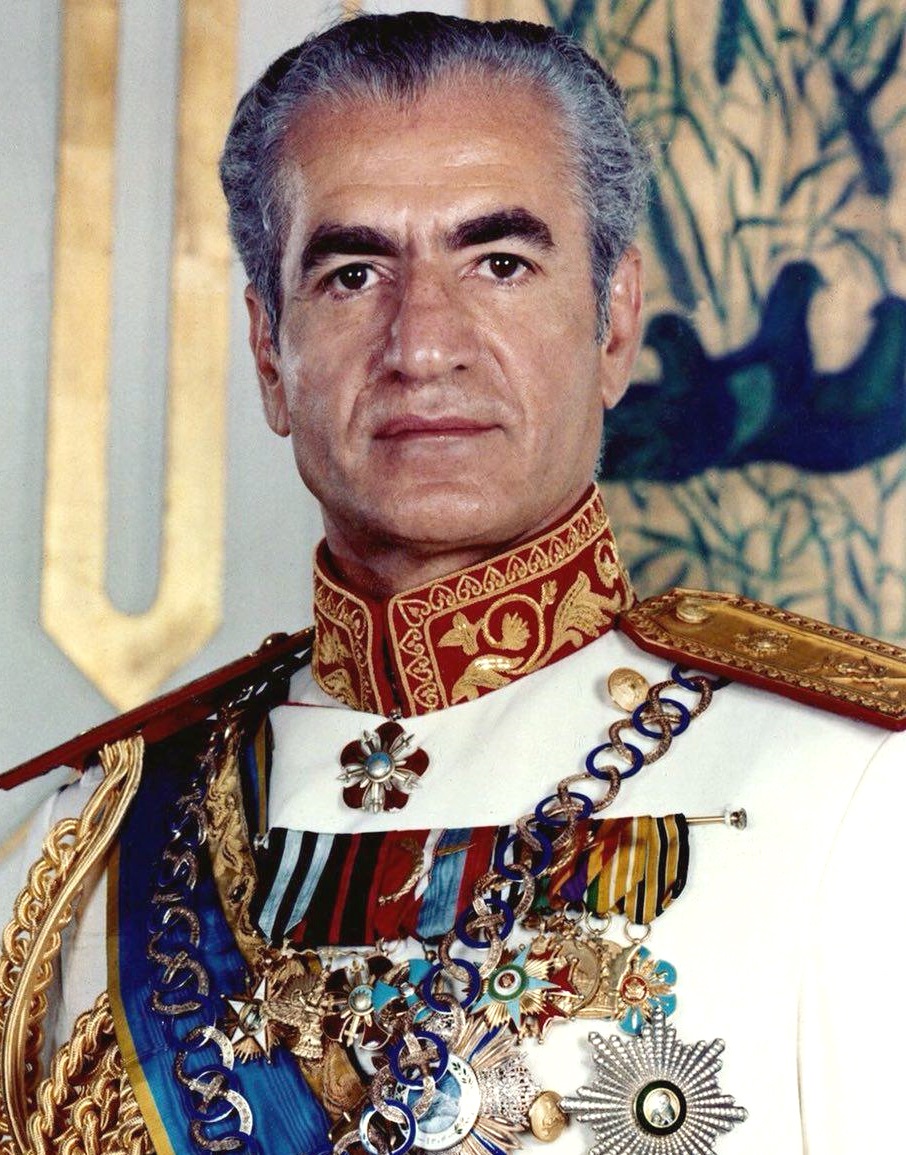 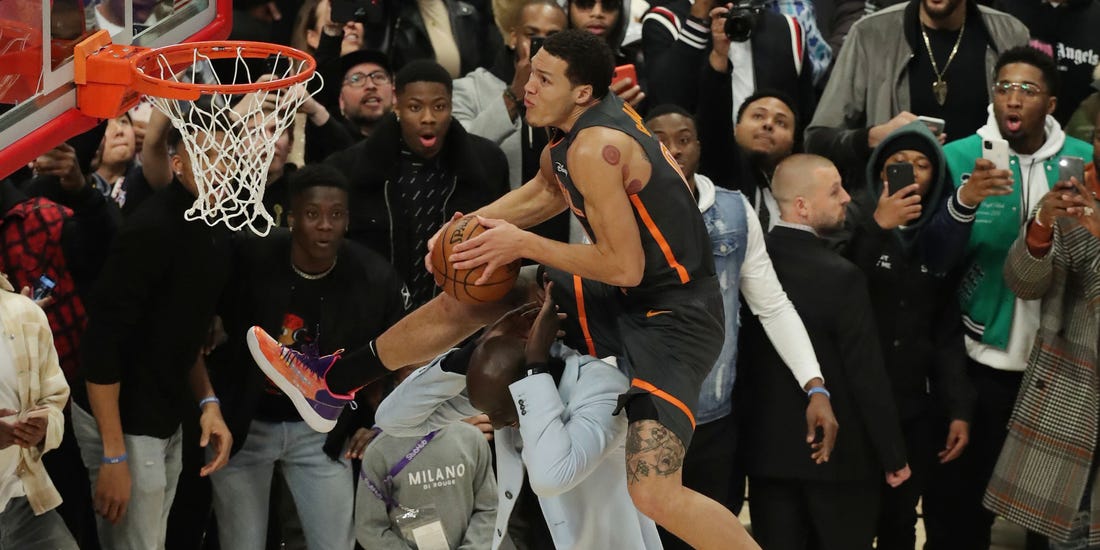 On the CDST “Scrambled, Sunny Side Up Show” (Part 1):
— A great, great show, as Eric gives us a rare glimpse into the storehouse of sports knowledge that holds Frank’s brain
— Don’t look that-a-way … you could be in Piscataway if you’re watching football at RU
— We’re joined by Tank of Barstool Sports, who’s rumored to be in the running for the Mets as part of the A-rod consortium
— How to fix an NBA slam dunk contest (how can you jump over Taco Fall and not be able to keep up with the Joneses … no wonder there was a swearin Aaron). But seriously, why go to all that trouble.
— Who’s mind is responsible for the terribly idiotic and hopelessly meaningless new format for the NBA All-star game … you can dress this up however you want and it still looks like a pig (lip stick notwithstanding)
— Would someone please teach Giannis a post move?
— Wow, there’s a sighting of Chance the Rapper; is he related to Chauncey Gardner
— DW’s not very superhuman Superman slam gets a 49 (what a joke)
— How about that sexy acquisition by Brody’s Bunch of Jedd “Deadwood” Lowrie … ha ha ha
— An excellent, Flemingish XFL update
— A not so tender clip of McGloin
— Explaining why Raftery is known for his onions
— Why has Seton Hall left the building?
— We’re happy to announce that Rutgers has finally emerged from it’s no-hope-for the NCAA rut. What were you doing in 1991?
— Some low lights are shined on the tarnished Tar Heels; boy has that worm thrown a tizzy at the expense of despondent Roy.
— The ultimate NCAA misfit (Columbia). Yes, the college version of the Lions is even less competitive than the pro variety.
— Sorry state of affairs for Chicago State. And the University of Bob Denver isn’t any better. Holy Cross is getting the holy @#$#$ beaten out of them. Time to call them the “Lusaders”.
— As for Evansville, everyone is getting even (and then some with them). Someone needs to show Howard how to get it done.
— Eric confuses Idaho State and Boise.
— The Kennesaw State Owls are so bad they’re making Judge Mountain Landis throw up on himself in the grave.
— Hey a lot has happened over longtime commish Kennesaw’s dead body (including integretion of the majors).. The judge was a real nice guy (“son, just do the best you can – to do those years”) (“Gentlemen, I’m due back in court in 5 minutes … let’s talk salary”)
— Bowie Kuhn, whose era was known for strikes. And he also had a great name.
— A recommendation for baseball’s survival…use free internet to get your product in front of people
— An interview you won’t want to miss with the Shah of Iran (giving important insights into the genesis of pervasive anti-West feelings of resentment in Iran and the dynamics of oil markets in the late 70s)
— ChabDog espouses new respect for the State College of New Jersey
— Under 20 degrees is not dog walking weather (sorry Bingo)
— A word about Leo .. the latest family dachshund … the foot long hot dog … and then some
— Who would you rather watch … PK “puke” Subban or “Bad Bunny”
— Team Giannis vs. Team Lebronis (we can hardly contain ourselves)
— The conversation rotates toward rotars
— Getting happily sidetracked with Bonnie and Clyde